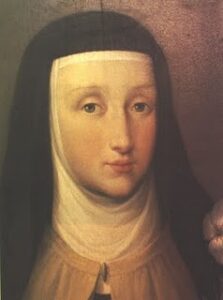 Teresa Margaret belonged to the noble family of Redi, and was born in the Tuscan city of Arezzo in 1747. She entered the Discalced Carmelite monastery at Florence on September 1, 1764. She was granted a special grace of contemplative insight based on Saint John’s phrase God is love, through which she felt called to a hidden life of love and self-sacrifice. She progressed rapidly, fulfilling her vocation through heroic charity toward others. She died in Florence in 1770, aged twenty-three.

Reading: From the Acts of Canonization of Saint Teresa Margaret

Brief as it was, Teresa Margaret’s whole life may be regarded as one continual raising up of her guiltless soul to God.

In its innocence her soul turned spontaneously to God, and seemed able to find rest in him alone. In her, utter purity was joined to profound humility and she genuinely loved to be disregarded and despised. She did not simply bear humiliations, she rejoiced in them. Her purity of heart and her lowliness of spirit earned for her a high degree of charity, and this rapidly increased until her ardor became truly seraphic and she could hardly speak of God without her face becoming suffused with joy. Her love of God went hand in hand with a deep love for her neighbor and especially for sinners, on whose behalf she offered herself unreservedly to God as a victim. Her unassuming kindness and complete self-denial for the sake of her sisters in religion, especially the sick, were such that she was regarded as an angel of charity.

The fires of her love were fed principally by the Eucharist, and she looked forward with longing to her communions. She was also especially devoted to the Sacred Heart of Jesus, a devotion which did much to curb the advances of Jansenism at that time in Tuscany. She was utterly devoted to Our Lady, whom she regarded as the model and protectress of her own virginal purity. She was endowed to a high degree with the gift of contemplative prayer, and daily grew closer to God, as though reflecting the glories of the eternity she was fast approaching.

As her life neared its end this true daughter of the holy Mother Teresa and faithful disciple of Saint John of the Cross was called upon through a mystical martyrdom of the spirit, to resemble her crucified Spouse yet more closely. It was the very intensity of her love which caused this martyrdom; for the more fervent love becomes the more unrelentingly it spurs the soul on to further love, and since no love of ours can match God’s infinite lovableness, such a soul suffers exquisite torments from its insatiable thirst for greater love, and seems to itself to be wrapped in impenetrable darkness and to be totally lacking in love for God. In fact the greater love is, the less it seems to itself to be. It is the soul that is truly nailed to the cross with Christ by this supreme martyrdom of the heart that wins for itself and for others the choicest fruits of redemption.

Such souls by their silent apostolate of suffering, love and prayer, are foremost in the benefits they obtain for mankind and are the purest and most exalted in the whole Church. 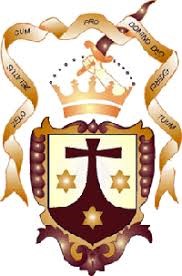